The American architect Steven Holl was born in Washington in 1947, but he is of Norwegian descent. He founded his company, Steven Holl Architects, in 1976. His best known works include designing void space housing complexes in Fukuoka and Chiba, Japan (1991 and 1996) and the Chapel of St. Ignatius in Seattle, USA (1997). Steven Holl’s breakthrough as an architect came when he designed Kiasma Museum of Contemporary Arts in Helsinki, Finland (1998).

Steven Holl is known not only as an architect, but also as a watercolour artist. All his new projects start with a watercolour painting which, he claims, is decisive for the project.

Steven Holl has achieved major international recognition. In 2001, he was named the best American architect by Time Magazine because he designs "buildings that satisfy the spirit as well as the eye". In recent years, he has gained distinction here in Norway with his plans of the Knut Hamsun Centre in Hamarøy. He commenced his work on the centre with his watercolour paintings back in 1994.

Steven Holl has gained a host of nominations and architectural awards for his work on the Knut Hamsun Centre. In 1997, he received the Progressive Architecture Award. In addition, he was awarded the AIA NY Honor Awards 2010 by the American Institute of Architects (AIA) New York Chapter. The Knut Hamsun Centre was also nominated as one of the world’s top five public buildings in the category Best New Public Building 2010 during the Wallpaper Design Awards by the international magazine Wallpaper, which is regarded as the leading journal in the field of design and architecture. Steven Holl has described the Knut Hamsun Centre as his most meaningful building. 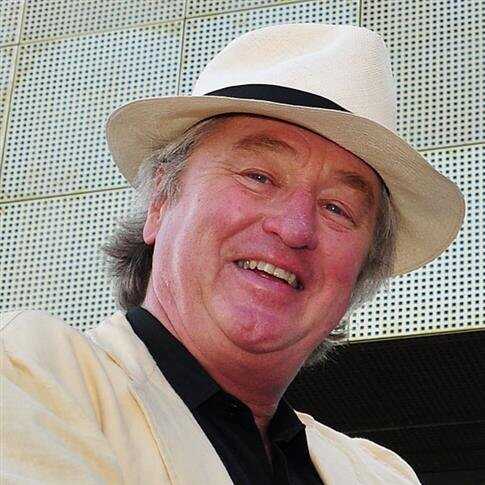