Tonight I am heavy with wealth and honour – yes indeed, but I am lacking in the most important thing of all, the only thing, I am lacking in youth. Regardless of what I should do now – regardless of what would be most appropriate – I raise my glass to all that is young, to the young of Sweden, to the young everywhere! (From Hamsun’s speech at the Nobel Prize Banquet, 1920)

He had been a candidate for the prize with the same novel in 1919, but on that occasion it went to the Swiss writer Carl Spitteler, for Olympischer Frühling (1906). In his speech to the winner the chairman of the Nobel committee, Harald Hjärne, made it clear that, of all Hamsun’s works, it was this particular book that had been deemed worthy of the award. None of Hamsun’s other novels were mentioned, and Growth of the Soil was compared only to Hesiod’s didactic verses on the subject of agriculture, Works and days (ca. 700 B.C.).

At the prize-giving in Stockholm on December 10th Hamsun delivered a short and personal speech of thanks in which he praised youth and everything in life that is young.

After the prize-giving dinner at the Grand Hotel in Stockholm Hamsun had to be put to bed, still fully dressed, in the early hours of the morning. On waking the following morning he ironically enquired of his wife, Marie, if he had really slept the whole night without a tie. 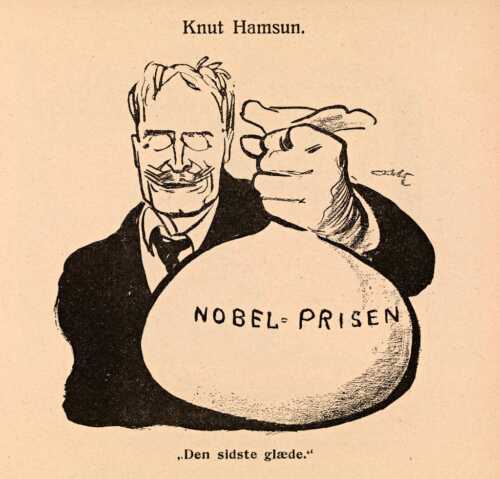 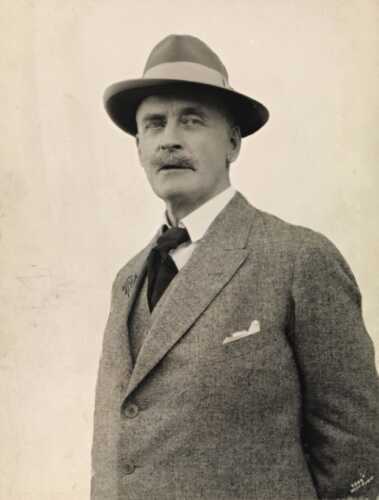 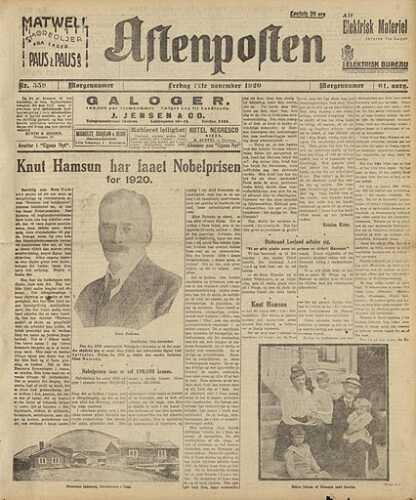